ABRAHAM – A MAN OF INTENSE FELLOWSHIP 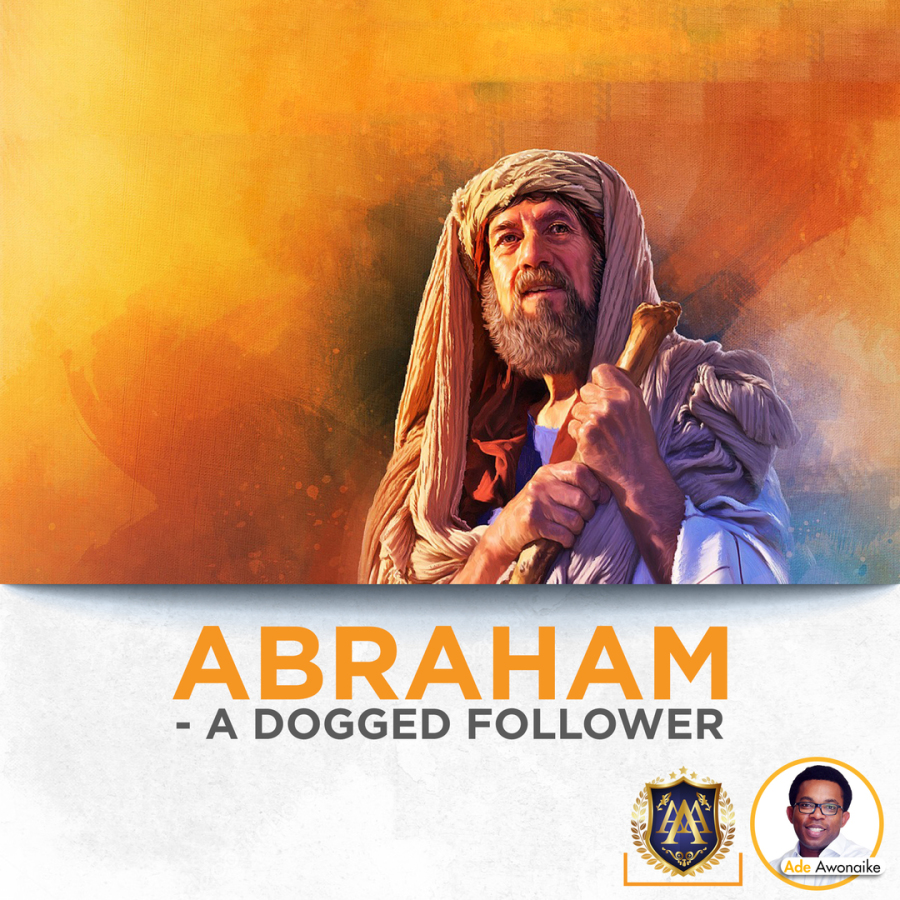 Here’s a mini-series on Abraham and we will be looking to explore some “F’s” that we can draw from, from his life and ministry.

We will be incorporating some foundational teachings into our Sunday teachings for as long as possible so we can ensure a solid foundation for the assignment God has called to in the Town of East Grinstead and the surrounding towns.

Abram was the first child of his father and had two brothers, Nahor and Haran. However, along the bloodline, there were 15 generations before him.

10 These are the generations of Shem: Shem was an hundred years old, and begat Arphaxad two years after the flood:

11 And Shem lived after he begat Arphaxad five hundred years, and begat sons and daughters.

12 And Arphaxad lived five and thirty years, and begat Salah:

13 And Arphaxad lived after he begat Salah four hundred and three years, and begat sons and daughters.

15 And Salah lived after he begat Eber four hundred and three years, and begat sons and daughters.

16 And Eber lived four and thirty years, and begat Peleg:

17 And Eber lived after he begat Peleg four hundred and thirty years, and begat sons and daughters.

19 And Peleg lived after he begat Reu two hundred and nine years, and begat sons and daughters.

20 And Reu lived two and thirty years, and begat Serug:

21 And Reu lived after he begat Serug two hundred and seven years, and begat sons and daughters.

23 And Serug lived after he begat Nahor two hundred years, and begat sons and daughters.

24 And Nahor lived nine and twenty years, and begat Terah:

25 And Nahor lived after he begat Terah an hundred and nineteen years, and begat sons and daughters.

The interesting thing though is that there was no record of anyone of them fellowshipping with God or God speaking with them. But then, in Genesis 12:1, God made a statement to Abram

Please note that there would have been a fellowship through seeking and asking and knocking on doors to encounter God by Abram before we got to this point.

Now the LORD had said unto Abram, Get thee out of thy country, and from thy kindred, and from thy father’s house, unto a land that I will shew thee:

Nonetheless, I perceive that God had a plan for the that bloodline from Terah the father of Abram as he started out on the journey to Canaan even though there was no record of God speaking with him.

And Terah took Abram his son, and Lot the son of Haran his son’s son, and Sarai his daughter in law, his son Abram’s wife; and they went forth with them from Ur of the Chaldees, to go into the land of Canaan; and they came unto Haran, and dwelt there.

I perceive that the error/ mistake that he made was to DWELL in Haran.

“You don’t dwell in a place that is not your destination.” ~ Ade Awonaike

Abram had an undeniable life of fellowship with God through WORSHIP

4So Abram departed, as the LORD had spoken unto him; and Lot went with him: and Abram was seventy and five years old when he departed out of Haran.

6 And Abram passed through the land unto the place of Sichem, unto the plain of Moreh. And the Canaanite was then in the land.

7 And the LORD appeared unto Abram, and said, Unto thy seed will I give this land: and there builded he an altar unto the LORD, who appeared unto him.

After this encounter, he moved on for that place and pitched his tent between Bethel and Ai. Guess what the first thing he did was…

And he removed from thence unto a mountain on the east of Bethel, and pitched his tent, having Bethel on the west, and Hai on the east: and there he builded an altar unto the LORD, and called upon the name of the LORD.

1And Abram went up out of Egypt, he, and his wife, and all that he had, and Lot with him, into the south.

2And Abram was very rich in cattle, in silver, and in gold.

3And he went on his journeys from the south even to Bethel, unto the place where his tent had been at the beginning, between Bethel and Hai;

4Unto the place of the altar, which he had made there at the first: and there Abram called on the name of the LORD.

Abraham had a loving approach to fellowship and ministry to others

1And the LORD appeared unto him in the plains of Mamre: and he sat in the tent door in the heat of the day;

2And he lift up his eyes and looked, and, lo, three men stood by him: and when he saw them, he ran to meet them from the tent door, and bowed himself toward the ground,

3And said, My Lord, if now I have found favour in thy sight, pass not away, I pray thee, from thy servant:

4Let a little water, I pray you, be fetched, and wash your feet, and rest yourselves under the tree:

5And I will fetch a morsel of bread, and comfort ye your hearts; after that ye shall pass on: for therefore are ye come to your servant. And they said, So do, as thou hast said.

6And Abraham hastened into the tent unto Sarah, and said, Make ready quickly three measures of fine meal, knead it, and make cakes upon the hearth.

7And Abraham ran unto the herd, and fetcht a calf tender and good, and gave it unto a young man; and he hasted to dress it.

8And he took butter, and milk, and the calf which he had dressed, and set it before them; and he stood by them under the tree, and they did eat.

The quality of ministry and fellowship he offered was not dependent on the status, colour or culture of the people he was providing it to. They were absolute strangers.

Even if it is just a cup of water you give, this is an evidence of fellowship, ministry and above all, LOVE

42And whosoever shall give to drink unto one of these little ones a cup of cold water only in the name of a disciple, verily I say unto you, he shall in no wise lose his reward.